15 of the best ever episodes of South Park 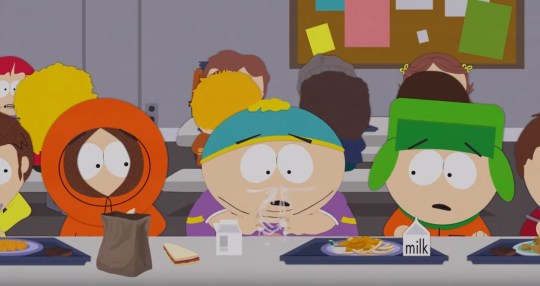 There’s been a lot of great TV to enjoy over the past few months, from Netflix giant-killers such as Tiger King and White Lines through to such terrestrial gems as The Salisbury Poisonings and Killing Eve.

But sometimes nothing beats a classic – and South Park is certainly one of those, to the extent that we’re still in love with it after 23 seasons.

The 24th series of the anarchic animated show is due later this year, and we’re guessing it’ll be as funny and controversial as ever.

But while we wait for it, let’s take a look back at some of the show’s funniest – and most offensive – episodes from its back catalogue.

Prepare to binge-watch all over again…

The Death Of Eric Cartman (season 9)

Cartman is obnoxious at the best of times, but in this series nine classic he pushes Stan, Kyle and Kenny to the limit so much they decide to start ignoring him – leading Cartman to believe that he must be dead. Which is further complicated when he manages to convince Butters he’s a ghost.

This odd but brilliant festive episode of the show turns the Nativity on its head, as Stan befriends a bunch of seemingly cute woodland critters who turn out to be Satanists hellbent on unleashing the Antichrist. Yup, happy blimmin Christmas to you too.

This gem from the early days of the show sees the boys get a sharp lesson in unacceptable behaviour from a giant panda with a catchy song – sparking off a chain of events in which ‘everyone ends up suing everyone else’. Beneath the laughs there’s a very serious point to be made about a society in which anyone can take legal action against anybody else simply for causing offence – but it’s Sexual Harassment Panda’s song and dance routine you’ll probably remember more.

With Kenny having passed on, Stan, Cartman and Kyle need a new pal to hang out with – enter Butters, who takes his place until he is fired from the group for being lame. At which point he takes out his anger on the world by assuming the titular alter ego and going off to spread, er, chaos.

A three-part epic, this one centres around Cartman seeing a leprechaun and the boys travelling to a magical land filled with wonderful characters – only for them to be hujacked by more evil ones. These can either be watched on their own or taken as one long, feature length episode – either way they stand the test of time.

While this one from the second season might not have the most memorable plot, it does have a landmark South Park moment as the boys team up with Mr Garrison to apprehend a man who is molesting chickens, and Cartman, in full police gear, gets to demand that people ‘respect mah authoritaaaaah’. Let’s be honest, who still shouts that one even now.

World Of Warcraft takes centre stage in this one, as the boys become involved in staging a retaliatory attack on a griefer in the game – so involved in fact they play non-stop, becoming long-haired and morbidly obese in the process.

A twisted tale of revenge in which Cartman is pranked by ninth grader Scott Tenorman after he buys pubic hair off him to try and convinced the others he has reached puberty. All of which sparks off a chain of events in which Cartman goes to extreme lengths to get his own back. And we do mean extreme.

Anything involving Terrance and Phillip is always worth watching (see South Park: Bigger, Longer and Uncut for further proof), but this little gem from season six has the added bonus of featuring Russell Crowe in his own TV show, Fightin’ Around The World – in which the actor is depicted getting into scraps with people while singing ballads to his tugboat. Genius.

When Cartman inherits $1m from his grandmother, he does exactly what you would imagine Cartman would do – uses it to buy a theme park which exists solely for his own use. You just know it’s not going to end well, and of course it doesn’t – particularly not for Kyle, who develops an inflamed haemorrhoid as a result of Cartman’s good fortune.

It was surely only going to be a matter of time before Twilight got given the South Park treatment, and sure enough the final episode of season 12 paid homage to the franchise – with a story in which Butters becomes involved with the school vampire society, and starts believing he really is a vampire.It could only happen to Butters, quite frankly.

We all know Cartman loves his fried chicken, but when all the KFCs in Colorado are shut down because of a ban on fast food he becomes involved in the running of an underground fried chicken cartel. Meanwhile Randy Marsh attempts to give himself testicular cancer so he get a doctor’s referral for marijuana (with the sort of consequences which have to be seen to be believed).

In which Cartman becomes school hallway monitor at South Park Elementary – a role he takes very seriously – and Kyle’s little brother Ike somehow ends up in a romantic relationship with his kindergarten teacher. Although this one is more generally remembered for its winning Dog The Bounty Hunter spoof.

This one sees the boys transformed into Japanese warriors after they buy martial arts weapons at a local market – with the episode swapping the usual animation for something way more anime-inspired as they do battle against Professor Chaos (Butters again, of course).

Trapped In The Closet (season 9)

The highly controversial episode in which Trey Parker and Matt Stone deliver their take on Scientology – with the sort of results you can well imagine. It might have ruffled a few feathers at the time, but it went on to win them an Emmy award in 2006 and stands the test of time, even if you are left wondering how on earth they got away with it.

MORE: Netflix US July 2020: Best new shows and films including The Umbrella Academy and The Old Guard